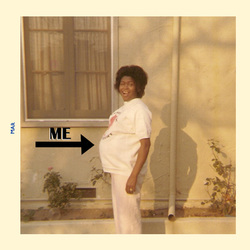 Ken Cosby was born in Hollywood, California in the hospital behind the Kinko's on Vine Street just south of Sunset Blvd. Soon after his birth a major earthquake hit and his parents moved to Atlanta, Georgia.

Ken attended Howard University on a full acting scholarship and transferred to NYU to get his BFA in Film. In New York, Ken was one of the founding members of the Absolute Theatre Company, He also wrote for NBC while pursuing his MFA in Dramatic Writing from Tisch School of the Arts.

As a writer and sketch artist, Ken has been a member of several sketch comedy groups, including The Deuces Wild Duo which has performed at the North Carolina Comedy Arts Festival and the Burbank Comedy Festival.

With a focus on social justice and inclusion, Ken's stand up comedy style is an energetic mix of storytelling and jokes which keeps the audience on its toes. Just when you think you're locked into his rhythm, Ken will toss out a clever observation like "In this day and age of political correctness I wonder... How do Klansmen order their coffee?" keeping the audience thinking and laughing.

Ken has performed at The Boston Comedy Club, The Comedy Store, The Laugh Factory, Ha Ha Cafe, The Comedy Union, The Improv and has performed with Mo Beasley’s Urban Erotica. He can be seen in the documentary How To Make It In Hollywood Before You Make It, produced and distributed by Odom Entertainment.